Cycle the Monsal Trail with kids 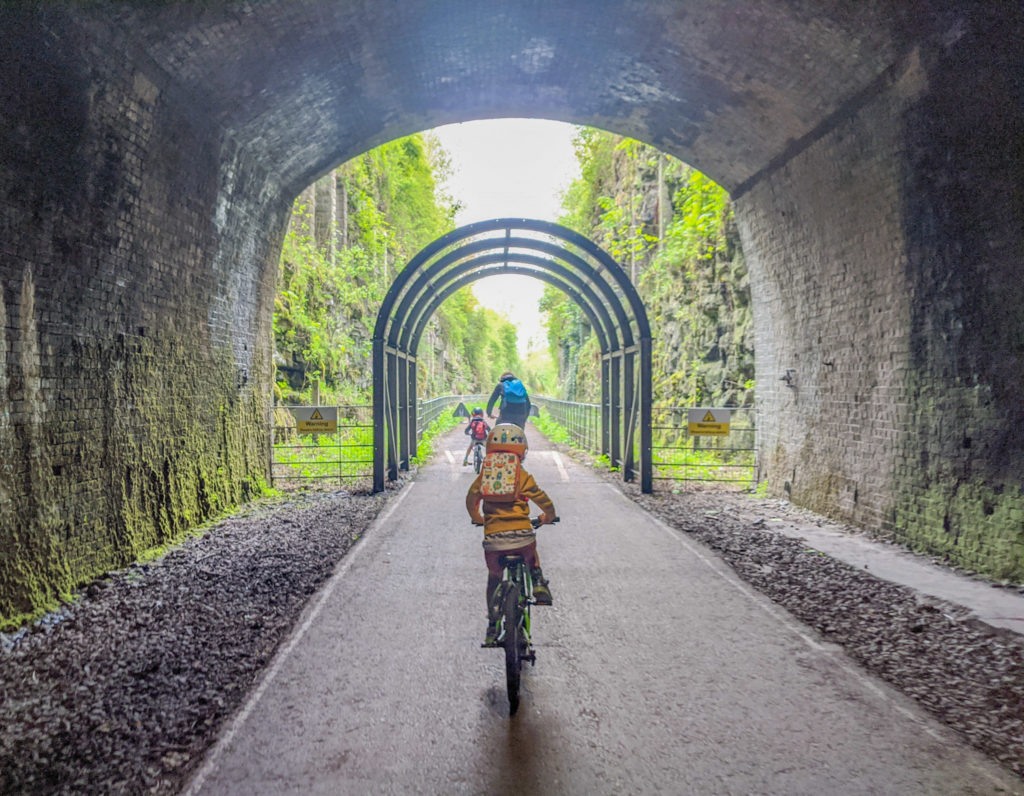 Living close to the Monsal Trail means that we visit a lot. It’s where both my boys learnt to cycle and it’s always our first choice when we fancy a family bike ride. It is one of the best Peak District cycle routes for families as it’s traffic free and relatively flat. Plus with all the long tunnels to cycle through, it makes for a very fun ride! It’s also a good option as for a pram-friendly or wheel-chair friendly Peak District hike as it’s nice and flat along the gravel paths, and hubby loves it as a running route.

We recommend arriving early or late in the day to avoid crowds. Please respect social distancing. Hassop Cafe and Millers Dale cafe are currently open on a takeaway basis and toilets are open at both locations. No BBQs are allowed, and if you bring a picnic, please take absolutely everything home with you.

For those visiting the area, it’s one of our suggested top things to do in the Peak District with kids. So grab your bikes, helmets and snacks (always bring snacks!) and get ready to cycle the Monsal Trail!

Now it does get busy on a sunny weekend and over school holidays, so we urge you to start the Monsal cycle trail early.

If you’re wondering what bikes our boys ride, they have Frog Bikes, which we absolutely rave about! Read our review here.

The history of the Monsal Trail

The Monsal Trail runs along the former Midland Railway line for 13.5 km between Chee Dale (just a couple of miles from Buxton) and Coombs Road in Bakewell. It follows a section of the former former Manchester, Buxton, Matlock and Midlands Junction Railway, built by Midland Railway in 1863 to link Manchester with London. The line was closed in 1968, and remained unused for twelve years before being taken over by the Peak District National Park authority.

In 1981 the section from Bakewell to Chee Dale was opened as a pedestrian way. However the tunnels had to remain closed for safety reasons and footpaths made for people to walk around them. It wasn’t until 2009 that work started on re-opening the tunnels. The tunnels opened in May 2011 at a cost of £2.25 million to allow pedestrians, cyclists, horses, and wheel chair uses to travel the full length along the old railway track.

Further funding and planning permission is being sought to extend the route into Buxton.

It’s pretty much impossible to get lost on the Monsal Trail as it’s linear, with no crossing tracks. There are footpaths that veer off the at various points, but they look so different from the actual track that there is no way you can be confused.

There are also maps on boards along the way to indicate where you are and the distances, as well as providing historical facts.

However, a printed Monsal Trail cycle route map showing the distances between tunnels gives you an idea of your day ahead if you’ve never cycled the Monsal Trail before.

The tunnels, that are up to 400 metres long, are extremely fun to cycle through. On a hot day it’s amazing feeling the cool air as you ride through, and they also provide shelter on a wet day.

Operated by light sensors, four of the longer tunnels are lit during daylight hours, dawn to dusk, to make them safe to use. Although it does take time for your eyes to adjust to the darkness sometimes and some cyclists turn on their lights. Also, the paths through the tunnels are tarmac, rather than gravel, which make for easier cycling.

Where should we start?

There is paid parking at Bakewell Station, Hassop Station, Monsal Head and Millers Dale. As there is a very slight incline towards the Chee Dale end (Buxton), we find it easier to work our way slightly uphill first, and then zoom back down after. So your best bets are parking at Bakewell or Hassop.

If you’ve got very young kids and just want to do a short leg, the cycle from Millers Dale to the end at Chee Dale is just 2 miles each way and you still get to go through tunnels.

At Monsal Head the parking is limited and you have to get your bikes down the footpath on to the track as the parking sits up on a hill (with amazing views). So that’s not really an option for cyclists. Although the Stables Bar at Monsal Head gets a big thumbs up from us! There’s sometimes an ice-cream van here on a sunny day.

Hassop Station is where we tend to start. There’s ample parking and if it’s very busy, they sometimes open up an adjacent field for additional parking.

The Cafe here has a lovely menu, including vegan options and a separate kids menu (which is currently open for takeaways only, 9 am to 8:30 am). There’s an outside playground area, as well as a covered outdoor area with a couple of playhouses and toys (these play areas are currently closed due to covid-19). This is one of our top places for families to eat in the Peak District and always makes for a lovely end point to a bike ride. Adjacent to the cafe is a shop selling books and gifts.

From Hassop station, it’s a short 1 km cycle into Bakewell to pick up a Bakewell tart, or it’s an 8 km cycle to the cafe at Millers Dale (going Chee Dale way).

From Hassop to Millers Dale you will pass through Longstone, Headstone Tunnel through to Monsal Head, Cressbrook Tunnel, and Litton Tunnel. This generally takes us an hour with stops along the way. It’s much quicker coming back as you’re cycling slightly downhill.

The cafe at Millers Dale hasn’t been open long. There is some seating outside, but more found inside (which is currently closed). It’s a small cafe that serves simple meals. We treat is as a nice ice-cream or hot chocolate stop, depending on the seasons. The service has always been happy and friendly.

It’s then just 3 km to reach the Chee Dale end of the Monsal Trail with more tunnels to cycle through. So if little legs are up for it you may be tempted!

Bikes can be hired (including electric bikes!) from Monsal Trail bike hire at Hassop Station. It is open daily from 9 am to 5 pm, and bikes are sanitised between users.

There is no need to book, just turn up! You can book tandems, trikes and electric bikes in advance and they also take large group bookings, but there is no booking system for standard bikes. There really do have a lot of bikes to hire out, and on the rare occasion they’ve run out, you don’t have to wait too long before someone comes back in with one. Just make sure you have photo ID on you as this is required for all rentals.

Campsites near the Monsal Trail

Check out Beech Croft Farm (Taddington) and Dale Farm (Great Longstone) in our top family camping Peak District blog post, as voted for by members in our Facebook Group. 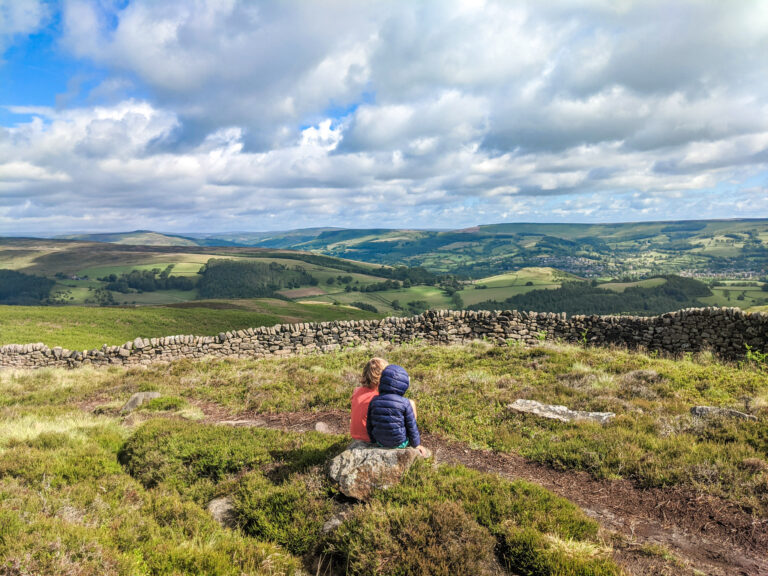 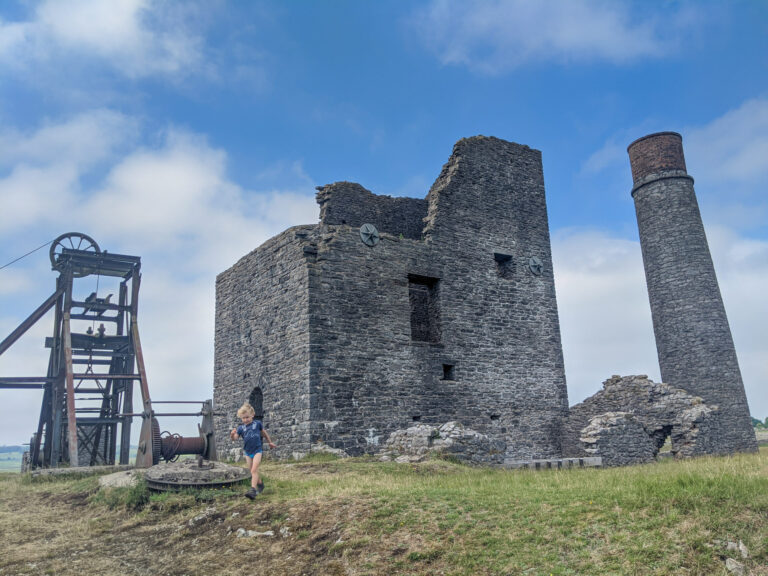 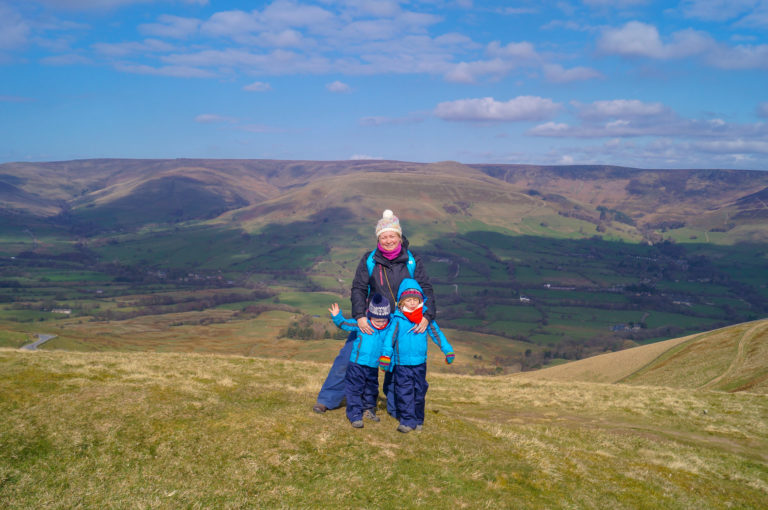 Top 10 tips for hiking with kids under 5 years 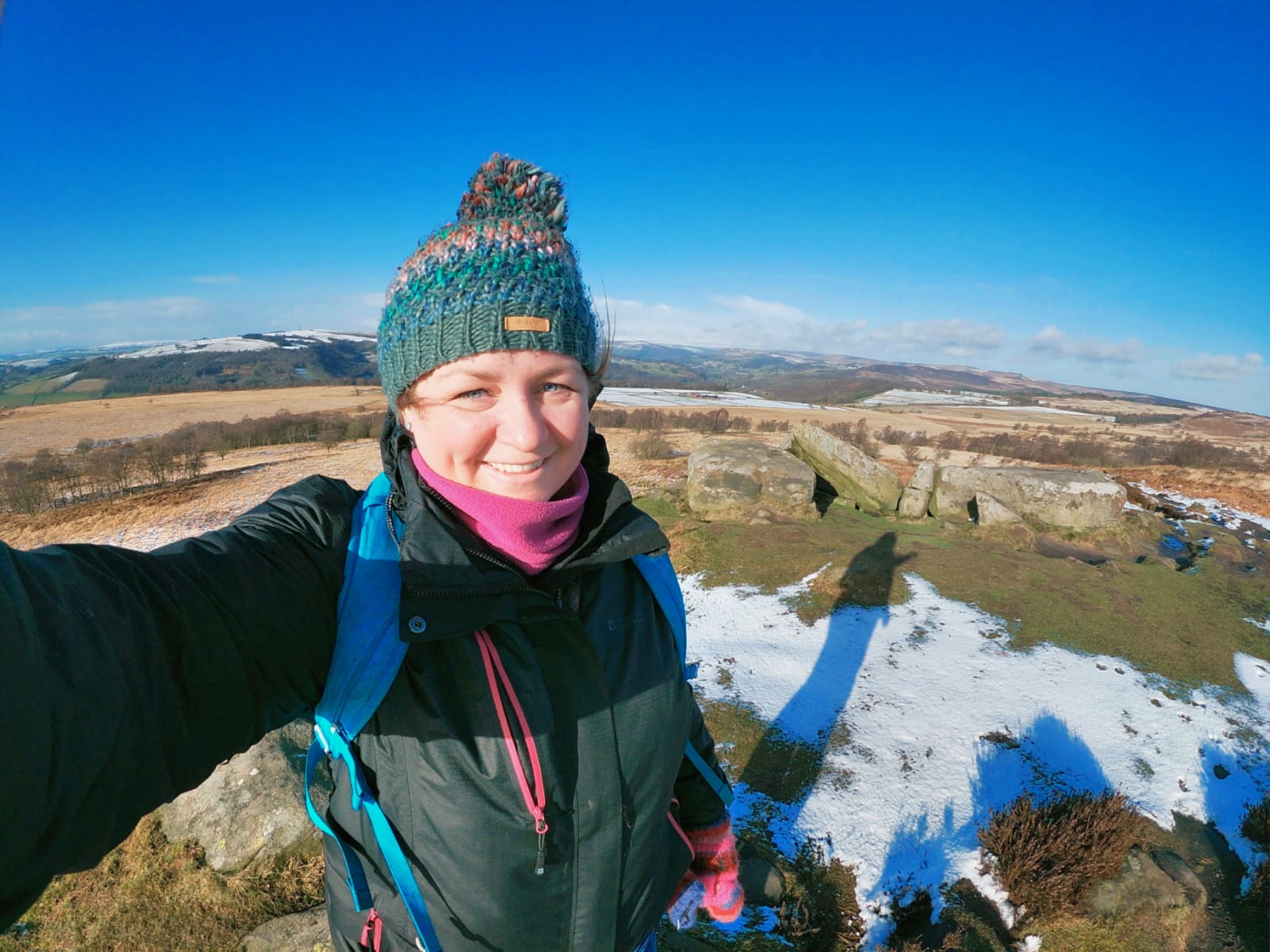